2016 in Review: The Year’s Major Events at HSE in Perm 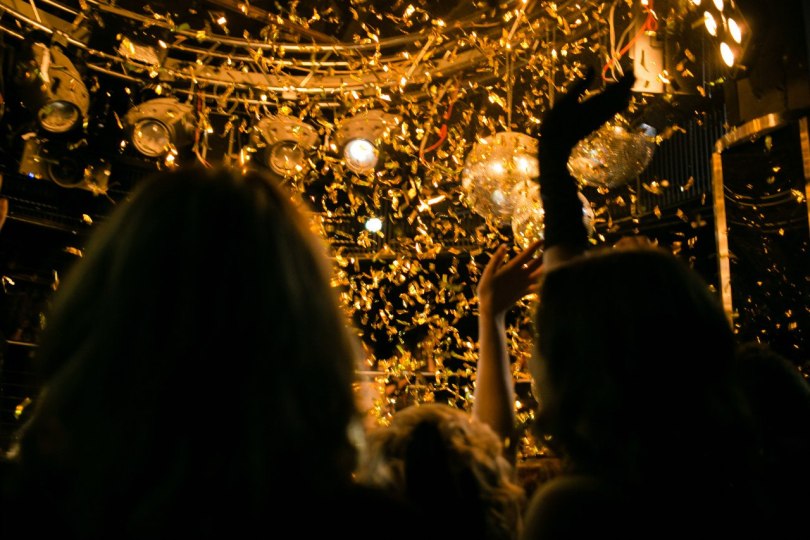 In 2016 we attempted a review of the outgoing academic year. Please see the big interview with Galina Volodina, campus director, about the most important issues for the university. But since then a lot has happened and a lot has been achieved. So, what else will we remember from 2016?

The year was rich in international events. HSE-Perm organized the IV International Conference on Applied Research in Economics (iCare) in Essex. The Perm campus also hosted the 2nd international research seminar ‘Public-Private Interaction: Design and Deliberation’, which discussed the problems of public, private, and NGO relations. A delegation from the Perm campus successfully participated in the XVII International April Conference at HSE in Moscow.

HSE in Perm also proudly launched several new projects. In September, the ‘HFA Society’ was launched (Help in Freshmen Adaptation), and now every first-year student has a ‘buddy’. In October, the Faculty for Pre-university Training launched the ‘University Classes’ project. Thanks to this project, 250 schoolchildren will study at HSE during the coming academic year. They will also have the chance to participate in the campus’s extracurricular life.

What other ‘firsts’ did we see last year? We brought together scholars and businesspeople at an interdisciplinary seminar entitled ‘Marketing analysis and big data: Academic, educational, and business agenda’, welcomed the participants of a ‘Total Dictation’ contest, opened a ‘Summer Lecture Center’ for city residents, conducted our first Pre-MA Summer School, held the first HSE Alumni Week (and celebrated the anniversary of HSE’s founding at the same time), and the first School Olympics.

In addition, those projects that have been implemented by HSE in Perm for a number of years grew and gained recognition. The School Teacher Contest organized by HSE in Perm for the 8th time was officially supported by the Ministry of Education and Science. The contest attracted almost 11,000 teachers from 83 regions of Russia and 7 CIS countries.

As part of HSE Charity Week, one of our best, kindest, and favorite projects, volunteer students from the HSE campus in Perm collected over 50 kilos of clothes, 30 kilos of food, 10 liters of household cleaning products, over 10 kilos of toys, and almost 30,000 roubles. They collected 382 kilos of paper for recycling, and bought 30 kilos of dog food. The students donated all the collected items and money to charity foundations.

The third ArtFest, a major creative festival, took place in 2016, including art and photo exhibitions, literary evenings, and theatre performances, a dance performance, a comedy night, a home concert, and about a dozen master classes. Every student had the chance to express their creativity during these two weeks.

The enrolment campaign for 2017 was one of the most successful seen in recent years. As a result, the HSE campus in Perm was ranked 1st in terms of enrolment quality among universities of Perm Territory, and 25th in the country. This means that more high-achieving and motivated applicants became HSE students.

The International Laboratory of Intangible-driven Economy at HSE in Perm was recognized as one of the winners in the Russian Science Foundation Competition that supports research teams headed by leading Russian and international scholars. And Elena Shakina, laboratory head,defended her PhD dissertation. HSE project ‘History of logics and philosophical ideas in Byzantine philosophy and theology’ has also been supported by a Russian Science Foundation grant.

A project implemented by the School of Foreign Languages and the Department of IT in Business aimed to develop software for the stylistic analysis of academic writing in English won the HSE Academic Fund contest held among research and study groups.

HSE in Perm is, of course, especially proud of its students. They won the Universiada Contest, the Student Research Paper Competition, the UMNIK Competition, the National Competition of Educational and Research Organizations, the Summer School of Mobile Development; they made it to the semi-finals of the World Programming Championship, to the finals of the Changellenge Cup Ural 2016; they were ranked among the top five teams in the Unilever Future Leaders’ League, participated in the Open Region Hackathon, made it to the shortlist in the 2016 Eventiada Awards, won bronze at the World ShowDance Conest, became three-time vice champions at a World Dance Sport Championship, and won the Golden HSE Award in the ‘Silver Nestling’ nomination.

Meanwhile, HSE graduates also launched their own projects, continued their studies and pursued their research careers home and abroad. They also developed a mobile app that displays the class schedule of the HSE Campus in Perm, so in 2017 we are saying farewell to the schedule in Excel!

We were pleased to hear that Galina Volodina, Director of the HSE Campus in Perm, was named ‘Person of the Year’ by ‘Echo of Perm’ radio station listeners for creating a modern system of economic education in the region.

We’ve also crunched the numbers and found that in 2016, we held at least 80 conferences, research seminars, forums and expert meetings; 13 winter, summer and other schools (and about 30 more events for schoolchildren); lecturers and researchers from HSE in Perm spoke at least 50 academic events, and the Perm campus hosted over 80 open lectures and master classes.