How does the brain work? How does neuroeconomics use the study of brain activity? How can MRI help rehabilitation after a blood stroke? Are blockchain and bitcoin the biggest innovations in finance in the last decade? And what are the prospects for their development? These and some other questions were discussed at the Perm Workshop on Applied Economic Modeling, and open city workshop in December.

In the first part of her presentation, Sofya explained the biological principles of how the brain works and spoke about some recent methods of brain research. ‘These methods can be split into those that give information on the anatomy – structural methods, and those that give information on brain functioning – functional methods’, she said. Sofya studied in detail one of the structural methods of brain research, diffusion-weighted MRI. This is based on visualizing the molecules of water (80% of our brain is water). The method is used to plan and carry out surgeries and to study the multi-structural characteristics of certain brain paths. ‘We had a case when a 4-year-old girl had the part of brain responsible for epileptic seizures close to her visual tract. And it was diffusion-weighted MRI that helped to plan the surgery as precisely as possible and save the girl’s vision’, Sofya explained. She also told the audience about some specifics and areas of application for functional brain research methods, such as electroencephalography (EEG), electrocorticography (ECoG), magnetoencephalography (MEG), transcranial magnetic stimulation (TMS), and others.

In the second part of her presentation, Sofya shared some examples of applying modern methods of brain research for diagnosing, treatment and rehabilitation of various diseases. She is involved in forecasting the success of rehabilitation in patients who have suffered an ischemic stroke. The effectiveness of rehabilitation depends, first, on a timely diagnosis (and diffusion-weighted MRI helps here), and second, on the choice of the best rehabilitation strategy. In order to improve the choice of strategy, they are currently studying the connection between the microstructural characteristics of nerve fibers and the ability to restore lost functions.

At the end of her talk, Sofya spoke about a new scholarly area – neuroeconomics. ‘Neuroeconomics brings together psychology, economic theory, and neurobiology, and studies how the brain makes decisions with alternative options, evaluates risks and profits’, Sofya explained. For example, there was an experiment with variable pricing in a coffee vending machine. Predictions on the choice of price, which were made on the basis of peak activity of the brain, were very close to reality.

Sofya concluded her presentation by noting that the application of neuroeconomic methods in life can be  related to many ethical problems.

Sergey Ivliev, Candidate of Sciences (Economics), Associate Professor at the Perm State University, and Vice CEO for research in Prognoz Company, spoke about such innovations as bitcoin and the prospects for its development.

‘Just recently, bitcoin was a controversial innovation. But there has been a shift in public opinion over the last six months. And today, bitcoin technology is becoming a trend’, Sergey said. He explained that bitcoin is an alternative payment system allowing transactions to be made securely without a mediator. Bitcoin was developed to decrease commission for online transfers. The main features of bitcoin are decentralized administration and irreversible transactions. ‘Bitcoin technology can be compared with torrents, where there is also no centre. The users can exchange files without a mediator’, Sergey emphasized.

Bitcoins exist as records in a distributed database, blockchain. ‘Blockchain is considered as a sort of network transport, but in fact it has more functions’, Sergey said. The transaction pattern in the bitcoin system consists of several steps: agreement for the deal, creating a deal message, signature, transfer, verification, and successful completion.

This system can be used not only for currency exchange, but, for example, in online voting and for other purposes. This technology was named as one of the development trends at the latest international economic forum. According to pundits’ forecasts, in 2025 10% of GDP will be passing through bitcoin.

Sergey presented several models of forecasting the bitcoin price on the basis of demand research. One of the models analyses the influence of the number of queries in Google Trends and Wikipedia on the bitcoin price. The study results showed that the correlation is two-way, which means that not only search queries influence the bitcoin price, but the other way round as well.

In the conclusion of his presentation, Sergey spoke about the prospects for the development of the bitcoin system in 2016, including the appearance of the new cryptocurrency 2.0. 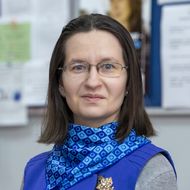