Petr Parshakov Presents his Latest Research at the University of Vigo

Petr Parshakov, Academic Supervisor of the MA programme in Finance, presented the results of his research ‘Team vs. Individual Tournaments: Evidence from Prize Structure in eSports’, co-authored by Dennis Coates and implemented as part of his PhD thesis, at the University of Vigo. 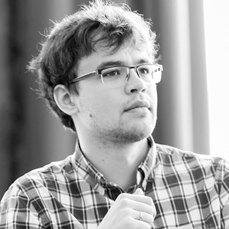 Petr Parshakov, Academic Supervisor of the MA programme in Finance

‘This paper analyzes differences in the prize structures of individual and team tournaments in eSports. Issues of asymmetric information on each player’s efforts are more important in team tournaments than in individual tournaments. The results show that eSports tournaments are in line with to Rosen’s tournament theory, in which the money reward depends upon the relative differences between players, not on the effort they put in. At the same time there is a difference between group and individual motivation.’

The International Laboratory of Intangible-driven Economy at HSE Perm is engaged in the ‘paper-based PhD’ project. It gives the lab’s research fellows the opportunity to prepare their PhD theses based on publications in journals indexed in SCOPUS and WoS, supervised by international professors, and to obtain a PhD from the University of Vigo,’ says Parshakov.