Thadeu Gasparetto, a graduate of the University of Vigo (Spain) who studies sports economics, recently joined the HSE  International Laboratory of Intangible-driven Economy.  During a recent visit to Perm, he spoke about his research plans and shared his impressions of HSE students and staff members.

— Could you say a few words about your research interests and why you decided to work in the field of sports management?

— I study sports economics, in particular Brazilian football, because I’m Brazilian. My motivation is based on the fact that Brazil has a long history of success in this sport. But in recent years we can see a lot of problems in the Brazilian football market, so I decided to research this topic and develop some possible solutions to change this situation.

— What are some of the problems facing Brazilian football?

— Match attendance is low, and a lot of football clubs are facing problems with high debt and insolvency. In general, the Brazilian national team hasn’t played well in recent years compared to the last 13-14 years. There has been a decline in national team performance and low interest in the Brazilian league.

— What are you planning to research as member of the International Laboratory of Intangible-driven Economy?

— This is what we are currently working to determine. The laboratory works on the assessment of intangible assets in various fields, for example, sports economics. We will try to determine how intangible capital can change the situation in football. I think I’ll be working in this direction.

— I’ve never been at the stadium, but I watched some football matches on TV when I was in Brazil. I have always been a football fan – I like all the leagues and watch UEFA Europa League, UEFA Champions League etc. When I arrived in Moscow I watched a football match on TV in a bar at the airport. And in Perm I even went to the Amkar –Zenit match.

— You took part in the International Conference on Applied Research in Economics 2015. What were your impressions of the conference? Were there any reports or presentations that you particularly liked?

— The conference was very good; it was very well organized. I’m not an expert in intellectual capital, so I was able see a lot of presentations on this topic. The part on sports economics was also interesting. At the iCare conference and at the HSE April Conference I presented my research on the factors that influence football match attendance in Brazil.

— What are these factors? Could you share some of the findings from your research?

— It was a preliminary investigation, and we are currently improving the study. That said, we analyzed the effect of factors such as price, weather, GDP per capita, stadium capacity, etc. In addition, we also studied the effect of brand clubs. The study showed that when four brand clubs with the most fans played demand for tickets was higher. Team performance and matches with important rivals also influence fan attendance. Some results of the study were surprising. For example, the uncertainty of the outcome does not affect the interest in the game, although there is a peculiar difference between the Brazilian football league and other leagues.

— Since tournaments in Brazil are organized differently than they are in Europe or other countries, do you think it’s possible to generalize your findings and apply them to other leagues?

— I don’t think so. It’s specific for each country because GDP differs among the countries, the temperatures are different, and the tournaments are different, so these results are specific to Brazilian football.

— I do, I even tried to become a professional football player, but like a lot of people in Brazil I couldn’t do it because it’s so competitive.

— Have you visited any places of interest in Perm?

— During the iCare conference we went to the ballet; it was an amazing experience. I haven’t visited many places in Perm, but I think it’s a big city and there are some things to do here like to go to the opera or to watch football. I really like HSE’s structure; the people working here are very good. There are a lot of motivated professors and researchers. I also met Master’s students in the Finance programme while they were defending their projects.

— Since I study sports economics, I paid special attention to the projects in this field. I really liked Alexei Chmykhov’s study on the impact of teams’ performance on the stock market. Another work I liked was related to public-private partnership in basketball, the study of regional clubs’ optimal financing structure. As for projects in finance, I would mention the study of how negative rates can affect the economy. This is a very interesting topic.

— What is your assessment of the level of Russian Master’s students?

— I can say that the level of HSE students is no different from, for example, graduates from Spain. HSE students demonstrate very good knowledge, and their projects deserve to be evaluated highly. 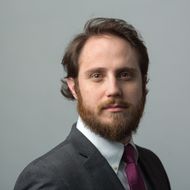