The Northern Eurasia Programming Contest is one of the semifinals of the ICPC student World Championship. More than 300 of the best teams from Russia, Azerbaijan, Armenia, Belarus, Georgia, Latvia, Lithuania, Kazakhstan, Kyrgyzstan, Uzbekistan and Estonia took part in the event. Students from the Perm campus of HSE University came in 46th and were second-class award winners.

For the contest, the participants had to develop and implement algorithms for 12 tasks of varying difficulty in 5 hours. The solution had to be a program in one of the following languages: C, C++, Java, Python, or Kotlin. The solution was checked using a set of tests prepared in advance by the judges and not revealed to the participants. Both the number of tasks solved and time spent on their solution was taken into account. For each erroneous solution, the team was given demerit points. There was an extra layer of difficulty since the tasks were formulated in English.

This year the contest was held simultaneously in Saint Petersburg, Barnaul, Tbilisi and Almaty. HSE-Perm’s students took part in the contest at the venue in Saint Petersburg. The team consisting of Dmitry Ketov, Aleksey Kokovin and Maksim Suntsev, students of ‘Software engineering’ degree programme, came 46th in the final table and were awarded the second-class diploma.

HSE-Perm’s teams have been participating in the semi-finals of this contest since 2014, despite the increased competition and growing difficulty of tasks in the qualifying rounds. Preparation for such competitions requires intensive teamwork. For HSE-Perm’s students there is an elective course ‘Programming for academic competitions’, taught by Vladimir Morozenko, Associate Professor of the Department of IT in Business. 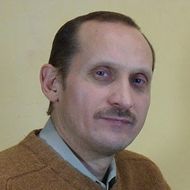