Labour market potential is a key factor influencing the inflow of foreign investments into a region. This was confirmed by a study carried out at HSE in Perm, based on data collected in Russian regions.

A region can become attractive for foreign investors if the level of education of the population increases. This means increasing the percentage of the English-speaking population and the percentage of the population with higher education, as well as improving the skills of blue collar workers. This was discovered by researchers who analyzed open data from 83 regions of Russia over the period 2010-2013. The period starting from 2014 was not analyzed due to the implementation of sanctions, which, the authors considered, could influence the research findings.

The study revealed a difference in the factors attracting Russian and foreign businessmen to invest in a region. Labour market potential is especially important for foreign companies, whereas Russian entrepreneurs pay attention to business expenses, earning power of enterprises in a region and the value of fixed assets depreciation.

One of the purposes of the research was to investigate the role of place branding strategy used to promote a region. It was discovered that it is effective only for domestic businesses.

Perhaps it can be explained by the fact that foreign investors select certain companies for investments, rather than a region.

Overall, the results indicate that the intangible attributes of a brand, such as reliability from the investors’ point of view, prestige and promotion only impact on Russian companies.

This fact can be explained by the low transparency of Russian regions. It may be the factor preventing foreign investors learning more about the intangible attributes of a brand. 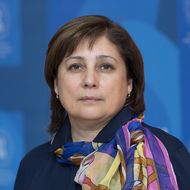