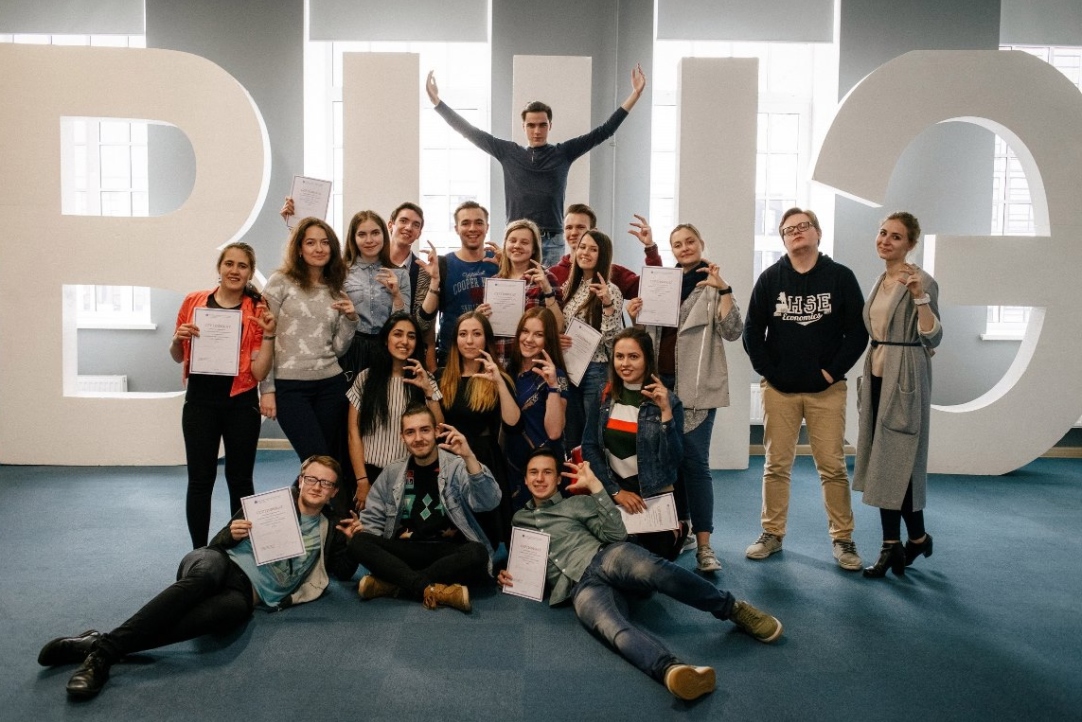 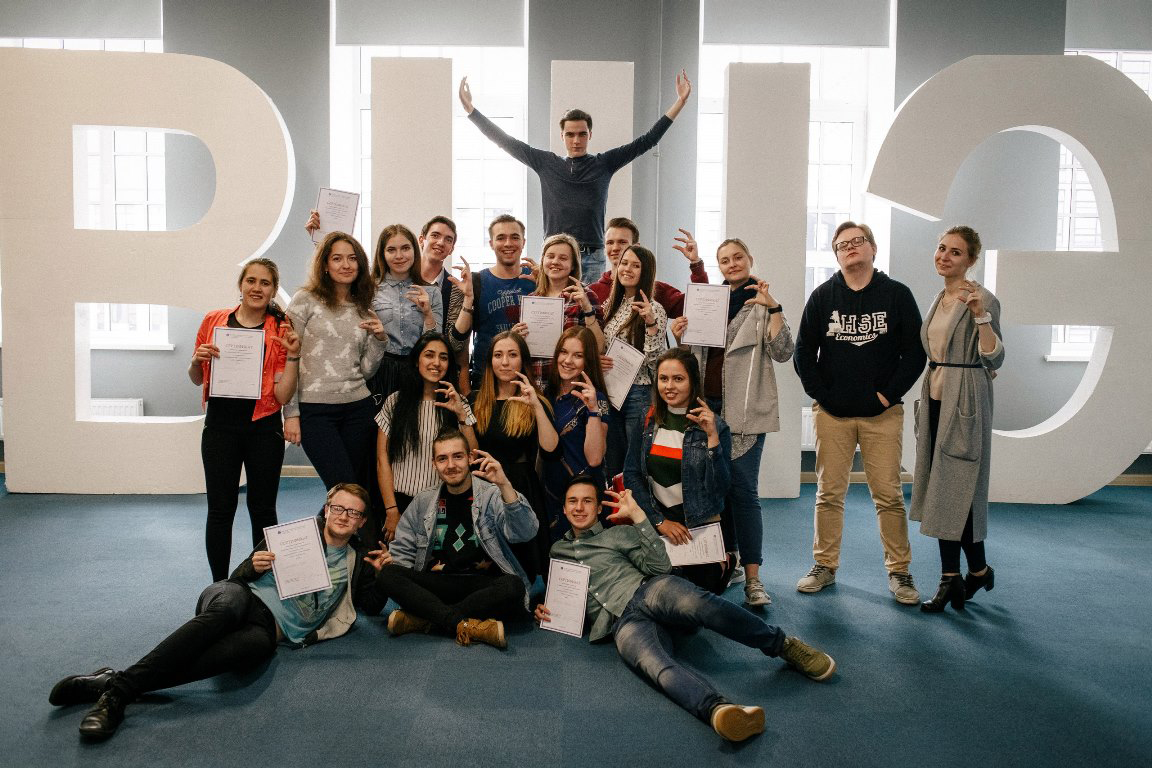 Each year HSE holds the Student Project Contest, which allows projects deemed important for the development of the university at least and all of society at most to receive financial, organisational, or any other type of support to help them succeed.

The contest has taken place four times since it began in 2014, with 364 projects participating and 56 winning. In total, students have received 3,894,198 rubles in support.

Previously, the competition was held no more than twice a year, but it will now take place once per season with the 2017 competition being held in spring, summer, and fall. Students can now enter this season’s contest by completing an application and sending it to the Student Initiative Support Centre via email at studsupport@hse.ru. The application window closes on April 23rd, after which students and experts will have until April 30th to review the applications. The best projects will be invited to participate in a public defence in front of the Foundation Council. The competition will end on May 16th.

‘HSE has many wonderful and unique student initiatives,’ notes HSE Vice Rector Igor Chirikov. ‘Some students chose charity and organise festivals like Heroes Among Us, while others fight to save the environment and stop dumpsters from filling up with electronics. In addition, some students make an invaluable contribution to the popularisation of science and organise Science Battles. The Student Project Contest helps HSE assess which projects are most in-demand and which should be supported. And thanks to the contest, students gain skills in defending, presenting, and promoting their projects,’ he adds.

The HSE News Service asked past winners to talk about their experiences in the competition. 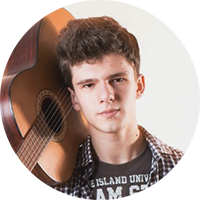 Nikita Konstantinovsky, Software Engineering Student and One of the Coordinators of the HSE RUN History Quest

While preparing for our eighth HSE RUN in 2014, we were asked to create a quest specifically for schoolchildren. We had already heard of the new student project competition and decided to enter. In our project defence in front of the judges, we decided to focus on this very quest. We ended up winning, and since the contest first began we have won every year.

The money that we get from the contest – around 50,000 rubles each year – is enough for us to carry out several quests. Before, they were held three or four times a year, but we realized that the best time to participate is in spring and fall. We spend the money we get on various organizational expenses, like press rolls, t-shirts, office supplies, souvenirs, the website, and PR materials that we print in the typography division of HSE. In addition, we bring in sponsors, not to finance the project, but just to give out prizes to the winners. 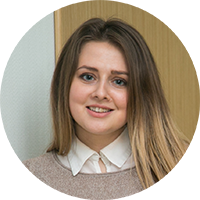 Yana Belyakova, First-Year Master's Student in the Media Management Programme and One of the Organisers of the Heroes Among Us Charity Festival

In 2015 our idea was to bring together all of HSE’s student charity organisations at the festival. During this process, however, we realised that we needed to invite organisations from other universities as well. The first festival saw the participation of various social projects from Moscow State University, Moscow State Institute of International Relation, and the National Research Nuclear University MEPhI. They all talked about what they were working on, and each guest was able to pick what they were interested in at the festival and join in.

The money we received after winning the competition was not enough, of course. Even the maximum possible amount, 200,000 rubles, wouldn’t have been enough for us to rent out even the cheapest venue in Moscow. This is why HSE administration helped us out and reached an agreement with the ZIL Culture Centre. We spent the money we received on internal festival expenses – souvenirs, necessities for the workshops, and venue rental.

Participating in the Student Project Contest provides you with the opportunity to make yourself known and demonstrate your determination. After winning the competition, we met with the HSE Corporate Projects Directorate, which offered to team up with us to carry out the next festival together. This was a mutual decision, and we didn’t need to participate in the competition to organize the second festival since we were included in the HSE budget. 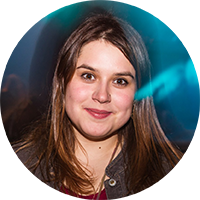 Irina Tebyakina, History Student at HSE St. Petersburg and One of the Organisers of the 2016 Mentor School at HSE’s Campus in St. Petersburg

To participate in the contest, you had to complete a large application on the HSE Family and put together a budget, plan, and event programme. We had been waiting so long to hear the verdict that we already started thinking about holding the School on the university campus, but then representatives of the Student Initiative Support Centre contacted us and invited us to defend the project in Moscow. As far as I remember, there were around 40-50 projects that year, and only 25 were able to take part in the public defence. Our project was in the Education and Skills Development category, which included other winners as well, such as Keystone and model EACC.

When we won the competition, we received full funding of 199,730 rubles out of a possible 200,000. These funds went towards placing 90 individuals (participants and organisers) at a recreational site, including transfer and food, as well as towards various materials for a lecture series, ropes course, role-playing games, and much more. 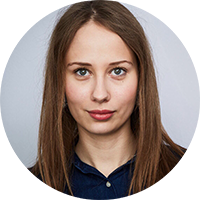 Yulia Myshlaeva, a Graduate of the HSE Faculty of Law and the Creator of the Young&Creative Media, Advertising, and Design Festival

The main idea behind the festival is to show students how the industry works. We saw that people who are currently in school, including at the HSE Faculty of Communication, Media, and Design, do not fully understand what they will have to do in the job and what kind of need exists on the market. Firstly, we wanted to introduce students to people in the industry and, secondly, show these industry experts that the university has students who want to work on projects, but have no experience. This is why, aside from their ideas and desire to work, they aren’t really able to offer much else. We thought that this would be useful and interesting for both parties, and this is a cool project for the university that will increase HSE’s brand recognition.

Thanks to the Student Project Contest, we received around 100,000 rubles, which we spent on the creation of the festival’s visual image. In addition to a logo, we designed merchandise such as notebooks, pens, bags, programmes, badges, and posters. We also needed food and water for the team, which consisted of over 30 volunteers, as well as catering for the speakers. The Faculty also helped us out by giving us money to develop a design for the festival and paying for personnel to work on Sunday. In addition, Saturday classes were cancelled, and we were given all necessary equipment (cameras, microphones, and projectors), while faculty management helped during preparation and when the event was actually taking place.

To read the participants’ full stories, visit the contest’s website.