How to measure the amount of white matter in the brain using MRI? 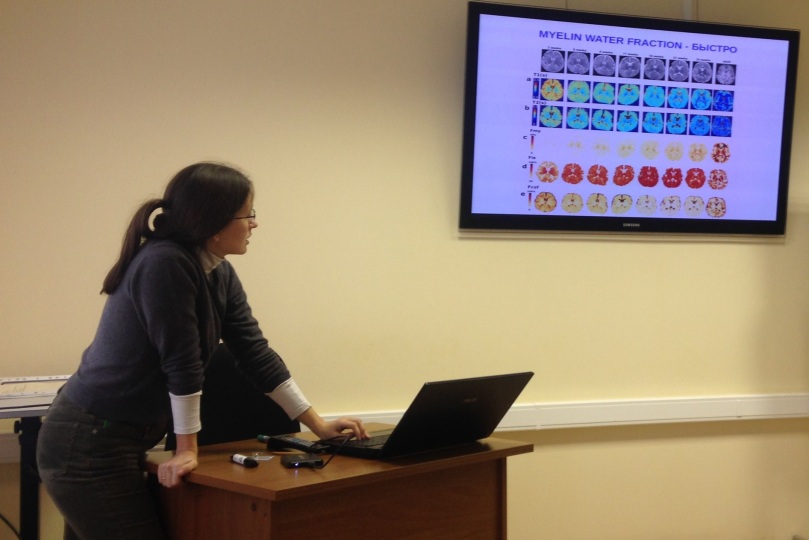 What is white matter in the brain and what is it needed for?

Nerve cells (neurons) in our brain communicate to each other by electric impulses which are transmitted through nerve fibres. White matter of the brain represents conducting nerve fibres covered with special electric insulating sheath which is called myelin. Due to myelin nerve impulses are transmitted approximately 5-10 times more effectively in terms of speed and required energy than in case of nerve fibres without myelin insulation.

MRI (magnetic resonance imaging) is a method of visualization and studying of internals and tissues, including brain, based on measurement of electromagnetic reaction of atomic nuclei after their exciting by a certain sequence of electromagnetic waves in static magnetic field of high density. In each part of organ that is being studied, in our case – the brain, measurable parameters depend on certain local biochemical properties and may change in the course of different processes (development, ageing, learning, disease etc.).

Why is it important to measure the amount of white matter in the brain?

Since myelin provides effective signals transmission between separate nerve cells, it is critical for normal work of the brain. Diseases connected with insufficient production of myelin in case of brain development disorder or with its destruction, for example, in case of multiple sclerosis, have very drastic consequences leading to disability and/or death of diseased persons. That is why the development of numerical methods of estimation of myelin quantity in the brain is crucial for assessment of normal brain development, its health condition and effectiveness of suggested new methods of treatment of different white matter diseases.

Why modern methods of estimation are not optimal?

Modern methods of magnetic resonance imaging (MRI) allow to estimate the amount of white matter by calculating the ratio between the amount of water inside the myelin sheath and the total amount of water in brain tissues. However today such approaches can be applied only for research purposes and not for clinical use because they require very much time for data recording and their subsequent analysis.

Sofya Kulikova’s research suggests a new method of measuring the amount of white matter. One can read about it in the article “A New Strategy for Fast MRI-Based Quantification of the Myelin Water Fraction: Application to Brain Imaging in Infants” which was accepted for publication in PLOS One – a leading international journal on biology and medicine.