Associate Professors of the School of Foreign Languages at HSE Perm Elena Kostareva and Svetlana Strinyuk presented their reports at the 13th Conference of the European Society for the Study of English, which was held August 22-26 at the National University of Ireland in Galway.

Elena Kostareva presented a report entitled ‘Irish Identity in The Troubles: Language Representation (the case of The Irish Times)’, giving the results of the application of critical discourse analysis and the quantitative corpus linguistic method to reveal how social identity is constructed and deconstructed in public texts on The Troubles.

The corpus approach with discourse analysis and the application of computational linguistics methods enabled the authors to take a broader look at the problems inherent in studying issues of social identity and its linguistic representations in texts about The Troubles (the conflict in Northern Ireland during the late 20th century).

After the presentation, the authors discussed the prospects for further research (in particular using text materials from nationalist and liberal political newspapers and corpus linguistics methods) with their colleagues from the University of Lancaster (Tony McEnery). 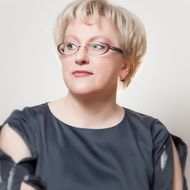 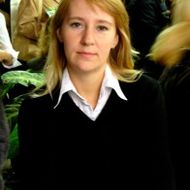