Daria Dmitryukova, an HSE student of Economics, was part of a team won the Russian stage of the Young Tax Professional of the Year, an international competition. 900 students from various Russian cities took part in the context. 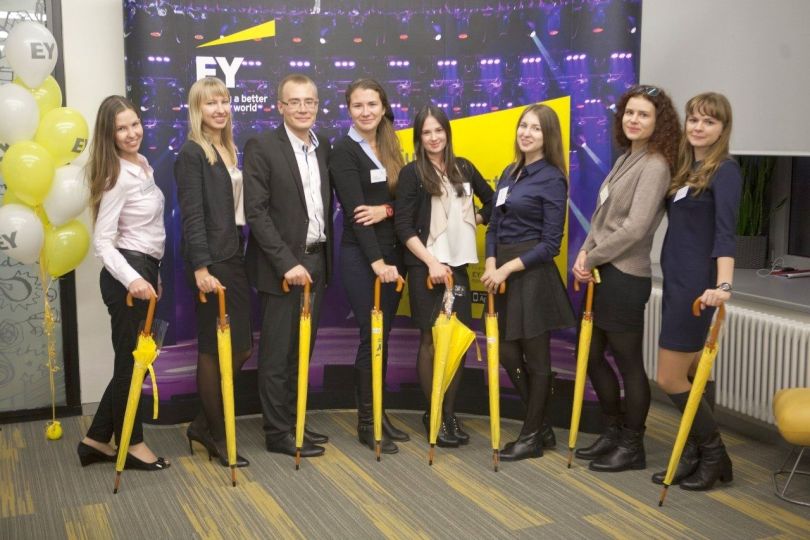 Daria shared her impressions with us.

I saw an announcement about the Young Tax Professional of the Year on a noticeboard in an HSE building in September, and decided to take part. At that point, I wasn’t even thinking about getting into the finals. We had to pass a test and examine a case in the first two stages. Prof. Tatiana Yudina’s advice was very helpful with this! Although I wasn’t sure I would pass I very much hoped to see my name in the list of finalists. When I got a phone call from Moscow and was congratulated on getting through to the finals, I couldn’t believe it at first. The finals were thrilling! Top managers and partners of EY Company were the judges. And our team were the winners!

We, eight people from various programmes in five Russian cities, were united by the friendly atmosphere of the competition. Even the judges noticed this. I was particularly impressed by the excellent organization and EY staff’s sincere desire to help. After the awards ceremony, we were able to talk to EY staff and high level managers, who were incredibly friendly and helpful. They gave us a lot of advice and answered our questions.

I’d like to recommend taking part in this type of competition to anyone interested in taxes. This is an invaluable experience, I got a lot of new knowledge and met with some outstanding people. Try it! Don’t be afraid, and you’ll do it!

The team that won the Russian stage is going on to compete in the international final. This will take place from November 29 – December 3, 2015, in Amsterdam. The international final attracts not only the winners of the local stages of the contest, but also leading EY tax experts from all over the world.