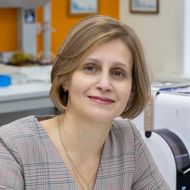 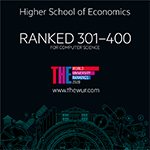 Students from all four HSE campuses have qualified for the semifinal of the ICPC Student Programming World Championship. The quarter-final stages of the tournament were held in the second half of October in Moscow, St. Petersburg, Yekaterinburg, and Saratov.

In the end, a team of HSE students, Logarifmya4ka, placed first. The team members, Mikhail Anoprenko, Vladimir Romanov, and Ivan Safonov are students of HSE’s bachelor’s programme in ‘Applied Mathematics and Information Science’. ‘We have a strong team,’ says Vladimir Romanov. ‘We’ve all been programming since high school. We also practiced together a lot, which helped us work better as a team. When we were preparing, we did a lot of difficult tests.’

In addition to Logarifmya4ka, three other HSE teams advanced from the Moscow quarter-final.

A total of 120 university teams from northwest Russia participated in the quarter-final. HSE – St. Petersburg students Arseny Babushkin, Maxim Surkov and Konstantin Makhnev of the School of Physics, Mathematics and Computer Science too second place. An additional team from HSE – St. Petersburg qualified for the semifinals as well.

At the Ural quarter-final, which was held in Ekaterinburg and drew more than 100 student teams, two HSE – Perm teams qualified for the semifinals. Of the two teams, the team of Alexey Kokovin, Maxim Suntsev, and Dmitry Ketov placed highest, taking 5th place.

Earlier this month, in the competition for the Volga Region and southern Russia, both teams from HSE – Nizhny Novgorod also advanced to the ICPC semifinals.

All ten HSE teams will now compete in the ICPC semifinal, the Northern Eurasia Programming Contest, which will be held in late November. The ICPC World Final will take place in June 2020 in Moscow, and Russian Prime Minister Dmitry Medvedev is the head of the organizing committee.

HSE students already have ample experience with competing in the ICPC finals – they have won bronze medals at the world championship two times.