The development of art and culture in the Perm Krai (Territory) has an extensive and deep history. It is no coincidence that Perm is known as a cultural capital. Art in Perm dates back to time immemorial, when it appeared in the first petroglyphs of our ancestors and developed under the influence of the Ananyino, Rodanovo, Glyadenovo and other cultures. Multitudinous peoples inhabited the region during different historical ages, each making its own contribution. There are many antiquities in the Perm Krai that are both rich in value and well-known around the world. 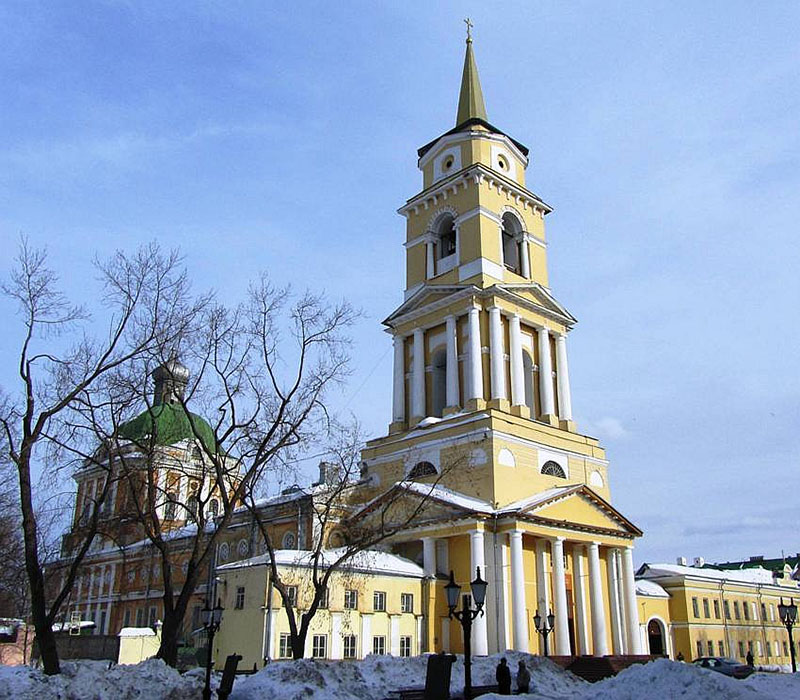 The Perm Art Gallery now accommodates many works created by talented masters that were earlier stored in the cities and villages of the Kama Region. The ancient people of the Kama Region, the ancestors of the modern Komi people, were pagans, who venerated heavenly divinities, the Sun and the Moon, and believed that their progenitors were animals and birds. The bronze ornamental casting style known as the Perm Animal Style, which has survived to our time, wonderfully speaks of their worldview and their understanding of their place on Earth and in the universe.

The impressive collections of local history and culture museums in the Kama Region, such as the Perm Region Museum, Cherdynskiy Local History Museum, Komi Perm District Museum and others, not only allow people to view these unique items with one's own eyes, but also study the details of the daily life and customs of the Kama Region’s very first inhabitants.

The gallery’s collection includes around 43,000 depository items, including works of domestic and West European art of various schools, styles and movements from the 15th to 20 centuries. Here, one can see paintings, graphic arts, sculptural arts, ornamental arts and folk arts of both Russia and Europe. Furthermore, the gallery also features collections of antique pottery, Ancient Egyptian art, Tibetan bronze works, and ornamental arts from Japan, India and China. 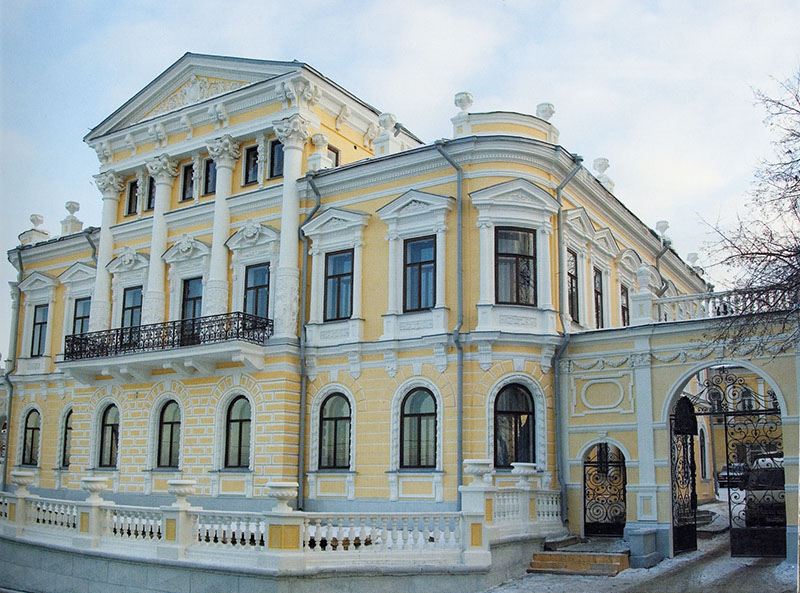 The Perm Krai has also boasted numerous local masterful architects, sculptures and artists. For instance, the region is frequently referred to as the ‘land of children’s authors’. Such works of fiction as The Hard, Woeful and Dangerous Life of Ivan Semenov, A Second-Grader and Tutor, and Lelishna of the Third Block by L.I. Davydychev, V.P. Astafyev's stories about nature, Vasyutka's Lakeand Pink-Maned Horse, the juvenile novelettes by L.I. Kuzmin Captain Coco and Green Glass are known to many since childhood, not only to Perm locals, but also to the residents of many other cities in Russia. Moreover, the City of Perm played a unique part in the life and creative work of the world-renowned Russian author Boris Pasternak.

Pasternak studied in Perm, where he had come on an ‘ego trip’ and, having lived in Perm for about a semester, became a true writer. Soon, the Urals started appearing in his prose and poetry. Today, everyone knows that his novel Doctor Zhivago describes Perm from the ‘figure house’, which can be easily recognized as Smyshliaev's House (nowadays, this building accommodates the Pushkin Municipal Library) and Gribushin's Mansion (today, the Perm Scientific Center of the Ural Division of the Russian Academy of Sciences). In his later and other works, one can find even more references to Perm and the Kama River.

For over 10 years now, Perm has been home to the Yuriatin Foundation, an organization founded by linguists from Perm University. In the jubilee year of 2006 (the 50th anniversary of Doctor Zhivago and the 90th anniversary of Pasternak's arrival to the city), the Perm Academic Drama Theater hosted a premier run of a musical fantasy based on Boris Pasternak's Doctor Zhivago. The performance received many prestigious awards. 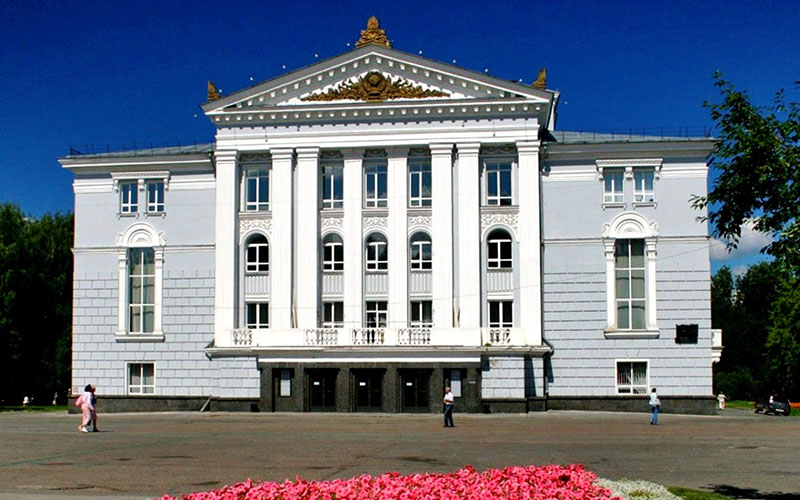 Ballet in Perm is globally acclaimed. For instance, the City of Perm is considered the third ballet mecca in Russia after Moscow and St. Petersburg. Still, few people know that Perm accommodates one of the best schools of choreography. Graduates of the Perm School of Choreography have travelled and shown their skills all over world, from America to Australia, and from Ireland to Japan. Many graduates are successfully working and continuing their careers in the US, Germany, Holland and Israel. The school’s graduates also teach at numerous schools and amateur choreography studios. The companies of various leading Russian theaters usually accept graduates of the Perm School.

Today, they are lead dancers in Nizhniy Novgorod, Ufa and Perm. Furthermore, St. Petersburg boasts a veritable Perm diaspora, while female ballets dancers trained and taught in Perm dance in Moscow theaters, from the world-famous Bolshoi to the Kremlin Theater. The Tchaikovsky Perm Academic Opera and Ballet Theater also actively seeks out graduates of the Perm School of Choreography. The Perm Theatre that, at different times, had hosted all stage works of the composer (10 operas and three ballets) became a veritable House of Tchaikovsky. 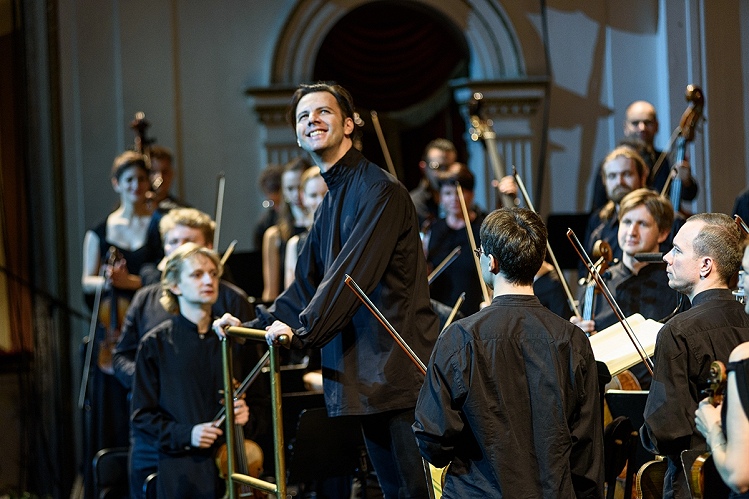 The Perm Krai boasts many schools of art, universities, libraries and theaters. Contemporary art is also experiencing active development these days. Not long ago, a contemporary art museum was inaugurated near the river station. In addition to purely artistic activities, this museum also plays an important role, not only for the city, but also for the whole region by creating a new cultural heritage, which one day may even become a global legacy.

It is nearly impossible to describe all of the rich and well known qualities of Perm Krai in just one small article. To truly assess the magnificence of its historical, cultural and artistic landmarks, one needs to visit Perm and see everything with one's own eyes 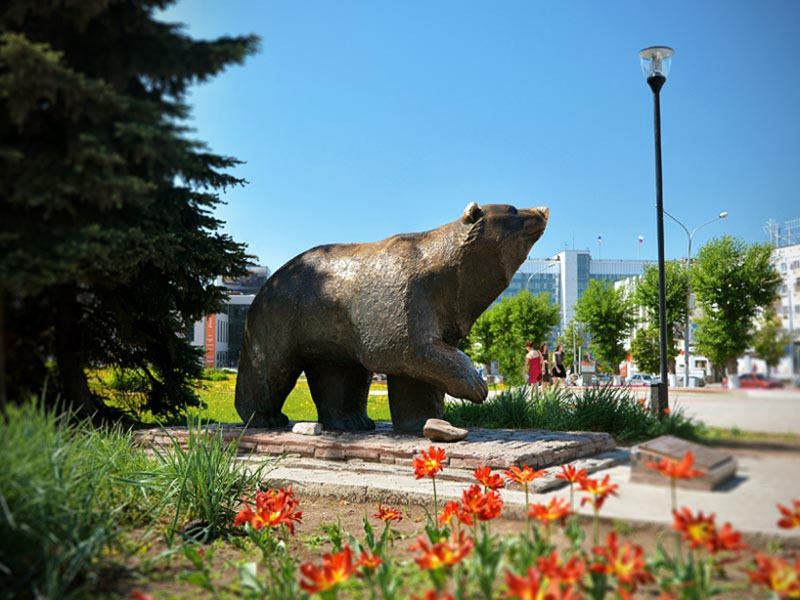 The bear is a symbol of Perm Krai (Territory), but this is not the only reason why the sculpture appeared in the centre of the region’s capital. The idea of the monument’s visage is associated with the idea that foreigners think that ‘bears walk around the streets of Ural cities’. This animal is depicted on the emblems of Perm Krai, the Komi District and the City of Perm.

A bronze bear with weight of 1 tonne was brought from Ekaterinburg on June 11, 2009, just one day before the celebration of Perm City Day, and was installed near the Ural Hotel.

The creators of the walking bear design are a group of artists led by the sculptor Vladimir Pavlenko from Nizhny Tagil, who is also member of the Union of Russian Artists and the UNESCO International Association of Art. The Foundation of Russian Sculptors ‘Edinenie’ formed the bear sculpture from pouring bronze.

Since the appearance of the taliped in the centre of Perm, local townspeople have come to the belief that if a person rubs the bronze bear’s nose, he/she will have good luck, while guests to the city will hopefully return there if they do this. The bear monument is at the end point of the ‘Green Line’ - the main pedestrian route of the City of Perm.

The installation of SimEx-Iwerks equipment at the Very Velly Multiplex, which lets people watch films in 4D, has become ‘the bomb’ of Perm’s movie theatre scene. So-called ‘four-dimensional’ perception is a combination of three-dimensional pictures on a screen and variety of special effects, such as movement imitation, wind gusts, rain, smoke, scents, water splashes, and even soup bubbles. The funniest effect is the so-called ‘crocodile’s tail’, or the ‘mice’ effect. During a performance, viewers can feel mice run by their legs, or their feet might be touched by a crocodile’s tail or fish floating by. All of this gives viewers the sense of actually being ‘inside’ a movie. You can also find movies for children by checking the Cinema Club Premier listing.

Gorky Park in Perm is one of the oldest parks in Russia. In 2004, it celebrated its 200th anniversary. 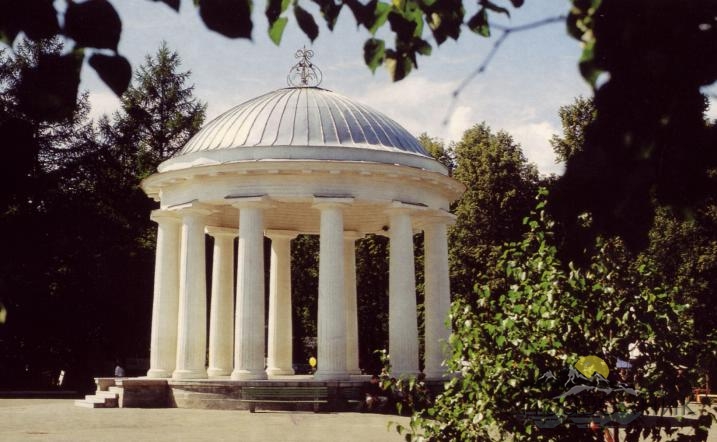 The recent history of the park began in 2002. The staff of the Central Amusement Park, named after the famous Russian writer Maxim Gorky, managed to get first place among the parks of Russia and CIS countries in the 2006 contest ‘Crystal Wheel’. Today, over 1 million people a year visit the park. Its territory is divided into several main sectors: family, children, youth, central and administrative. These sectors are highlighted in color, and all of the facilities in the park are numbered.

The park’s programme includes the work of permanent groups of animators who provide entertainment for children, as well as street musicians and a unique wind retro-orchestra. The park also features many of its own personal inventions. This may include special days like ‘Circle of Friends of the Park’ and ‘New Year’s Grand Ice City”, along with the largest international festival of snow and ice sculptures - ‘Snow, Ice and Fire!’

Two years ago, for the first time ever, the ‘Festival of Twins’ was presented, and this will likely become an annual holiday. Furthermore, the competitive family and entertainment programme ‘Funny Weekend’ is presented every weekend in the park. At the beginning of the summer season, new fabulous residents make an appearance. These might include keepers of the park’s traditions and history like Grandmother Rotunda, or Parkusha, a cheerful creature who gives away smiles for free, as well as the Karamelka the Pony and Dik the Dog.

This season, new entertainment complexes appeared in the park such as the extreme sports attraction Super Spin. In addition, the park opened a brand new family attraction Skipjack, while for kids, there is the Funny Cars ride. There also is the recently opened Dracula’s Castle. In addition, all of these facilities meet basic safety and comfort requirements.

An unusual sight for the park’s visitors is an organ grinder who walks around and performs people’s favorite songs.

This is a unique monument to nature. Moreover, it has the honour of being a finalist in the All-Russian competition ‘Seven Wonders of Russia’. The Kungur Ice Cave is a symbol of the City of Kungur and a peculiar calling card of the Perm Krai (Territory). It is situated on the north-eastern outskirts of Kungur, on the right bank of the Sylva River. 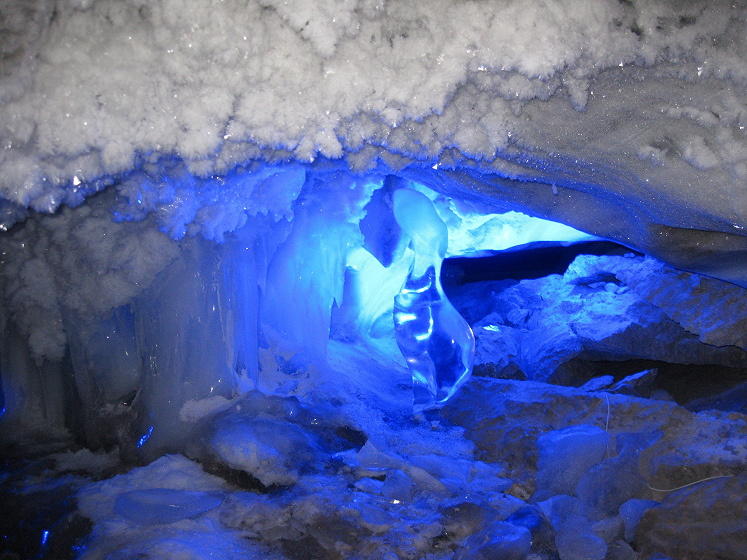 The Kungur Ice Cave was given its name thanks to its perennial cold, ice crystals and snow-white laces of cavern hoarfrost. Experts consider it to be the only gypsum cave with vast glaciation in the world.

Amongst 675 gypsum caves have been discovered in Russia, and the Kungur Cave is the fifth longest - its length comes to 5.7km. The cave’s unique beauty is comprised of dozens of underwater lakes and organ pipes, stalactites and stalagmites of various sizes. In combination with a mysterious backlight, the cave’s landscape enchants thousands of visitors every year. Moreover, its history is full of legends and fascinating old stories, which are open for everybody who wants to delve deeper.

The Kungur Ice Cave offers a variety of excursions: