Stone Town is one of the main attractions of the Perm Region. It has become especially popular in the last decade (it is not even mentioned in older guidebooks) and, thanks to its accessibility by transport, lots of tourist groups visit every weekend. It was tourists who gave this area its name. There is another, older name for Stone Town – ‘The Devil’s Hillfort’, but the locals simply call it ‘The Turtles’. 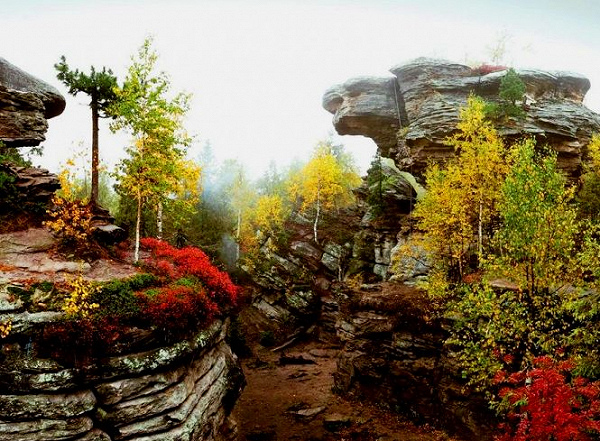 Stone Town is a complex of huge stones which are situated in such a way that they look like a town. It looks just like a real town; narrow streets, wide avenues, dead ends, a square and a gateway arch into the town. You can wander around for hours in the town and even get lost if you’re visiting for the first time.

The Stone Town even has its own residents: Little Turtle and Big Turtle, the Winged Guardian, Rat, Seal, Idols and others. The stone boulders received these names from their unusual resemblance to animals and are rightfully considered symbols of Stone Town. 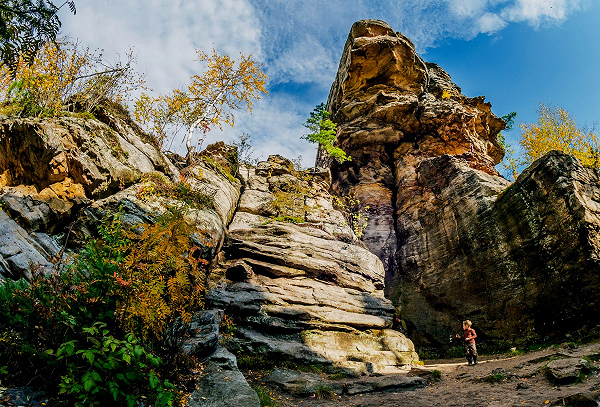 Stone Town is located at the top of Rudyanskii Spoi ridge (526m). the rocks consist of a fine-grained quartz sandstone from the lower Carboniferous period. The rock massif was broken up into many deep fissures (up to 8-12 metres). Water, wind, glaciers and geological epochs have impacted the appearance of the Urals and created this unusual complex.

From the top of the Stone Town’s rocks opens up an unforgettable view of the ‘green ocean’ of the taiga.

This cave is one of the ‘calling cards’ of the Urals – one of the most famous and popular tourist attractions of the region. No other cave in the Urals has such a rich history or is as famous as the Kungur Cave. 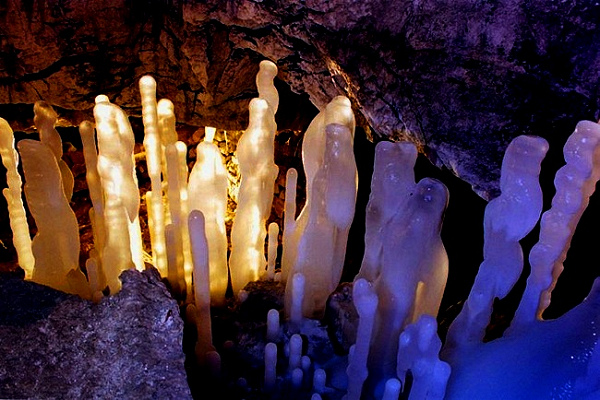 The Kungur Cave is one of the largest and longest gypsum caves in Russia. There are only a few caves on the Pinii-Kuloisky Plataeu (Arkhangelsk Oblast) that are longer. In fact, what is unique about the caves is not the ice. There are a dozen caves with long-term (constant) glacier cover in the Perm Region, but all caves in the Urals and Siberia ice over seasonally (in winter). What is unusual about the Kungur Cave is its size – huge grottoes of 100 metres or more across and 10 – 15 metres in height (as a rule gypsum caves are fairly small). It’s also interesting that the cold penetrates very far into the cave and the crystalline ice forms in the cave are as diverse as possible and of an impressive size.

The lowest temperature in the cave is in the entry grotto. The temperatures are always negative: in summer it’s no more than -2 or -3 degrees, and in winter it’s below -20 degrees. It has the most beautiful ice formations. The first grotto, ‘Diamond’, is the most famous for its beauty. It has beautiful crystals of tray and needle forms. Further in, the temperature rises, and in most of the grottoes it is an average of 5 degrees. 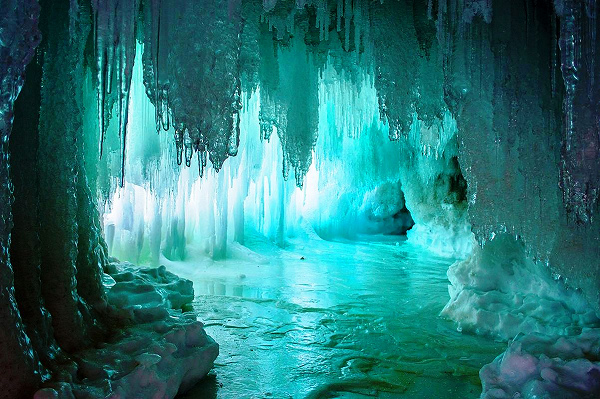 The unique Usva stone columns on the Usva River, which stretch to a length of some kilometres and reach a height of 120 metres, are considered one of the most-loved and visited areas in the Perm Region. Moreover, the Uvinsky Columns can also be called a calling card for this part of the region, just like the Stone Town.

The Usva Stones are made up of a huge stone massif of limestone on the right bank of the Usva River. On the stones you can find imprints of ancient corals, brachiopods and other fossils – reminders that many millions of years ago a sea flowed here. 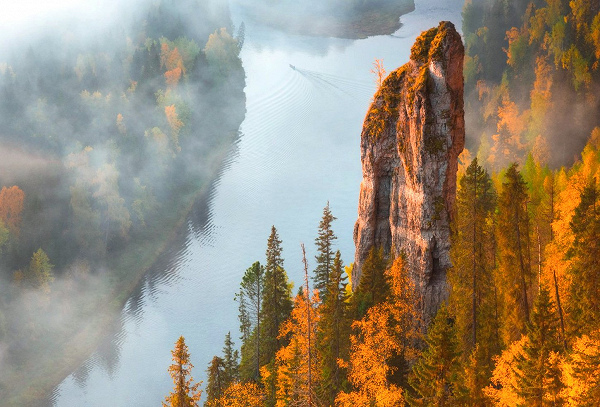 Why do tourists come here every weekend, in the heat or snow? The reason is, of course, the Devil’s Finger; a free-standing rock resembling the finger of a giant, which is captivating for its beauty. First of all, its structure and dimensions are striking, as well as how it’s held up by one thin ‘knife’. The Devil’s Finger, at a height of 70 metres, looks as if it was separated from the main massif, showing its independence and inaccessibility. But it’s also of interest to fans of mountaineering and rock-climbing. It's difficult to climb the rock, but not impossible.