The Khokhlovka Museum of Architecture and Ethnography is the first open-air museum of wooden architecture in the Urals. The museum was created in 1969 and was opened to visitors on September 17, 1980. The unique museum ensemble is located on the picturesque bank of the Kama River, 43 km from Perm. Today Khokhlovka unites 21 monuments of wooden architecture of the late XVII - the second half of the XX centuries, which represent the best examples of traditional and cult architecture of the people of Prikamye. The museum continues to replenish with new exhibits. 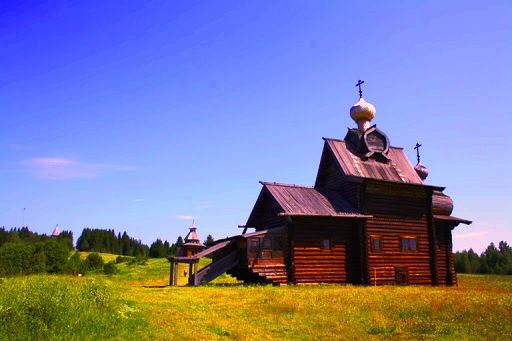 "Khokhlovka" surprises not only with monuments of wooden architecture. The main secret is in the harmony of architecture and nature: from the top of the hill overlooks the landscape of rare beauty - the expanses of the river surface, wooded hills, rocks along the bay. And in winter you can relax from the bustle of the city, enjoying the beautiful scenery, see the icy expanses of Kama, the snow-covered roofs of churches. Mass events take place here annually: Maslenitsa, Troitskiye festivities, "Apple Spas" and other.

The Museum takes to a journey into the past of the Earth, during the time of amazing plants and mysterious animals, which are studied by the science of paleontology. Most of them disappeared forever, leaving only traces in the annals of the planet: dinosaurs of the Jurassic period, mammoths and woolly rhinos of the Quaternary period, and many others remained only in the fossil record. And only some were able to survive the era of the Great Extinctions and survive to this day - they are called "living fossils." 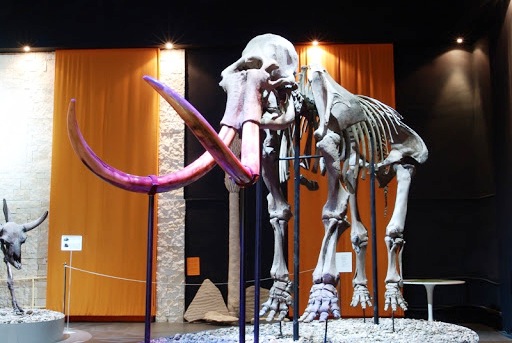 On the high bank of the Kama river there stands an old mansion. Over its 130-year history, the house has changed owners more than once, but in the memory of the citizens it has retained the name of its first owner - Nikolai Vasilyevich Meshkov.
This mansion was acquired in 1886 by Nikolai Meshkov (1851–1933), a Perm businessman, a well-known philanthropist . After perestroika, designed by architect Turchevich the  house on the Kama has become one of the most beautiful buildings of old Perm. 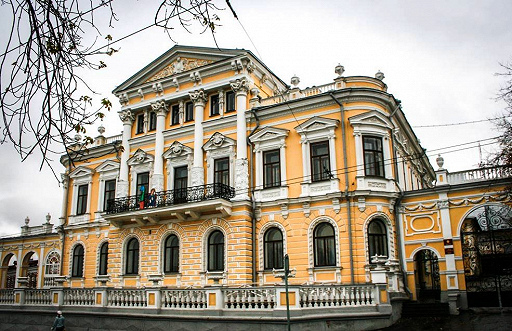 In the museum you can see a wonderful collection of Perm animal style, Old Believer icons of the 18th century, rare early printed books and much more.

Among the objects exhibited in the museum, there is a rare artifact - a staff that belonged to Stefan of Perm - the first bishop and enlightener of Perm lands, the creator of the Komi-Perm alphabet.

A branch of the Perm Museum of Local Lore which Museum-Diorama "The December armed uprising of 1905 in Motovilikha" is was opened on April 22, 1970. The museum building was designed by Perm architect K.Kunoff, and after 17 years it was reconstructed according to the project of the architect V.Kondaurov.

The museum is an integral part of the historical and revolutionary memorial on Mount Vyshka, the formation of which began in 1920 with the opening of the monument to the fighters of the revolution. The author of the monument was a draftsman of the Motovilikhinsky plant, a participant in the first Russian revolution V.Gomzikov.

In 1932, an artillery shell was laid in the central part of the monument with the ashes of Stepan Zvonarev, an active participant in revolutionary events in Motovilikha.

At the foot of the monument 16 graves of the participants of the first Russian revolution were made. The first burials were made in 1929, the last in 1975.

On October 18, 1963, representatives of three generations on Mount Vyshka ignited the fire of Eternal Glory, delivered from the first open-hearth furnace of the Motovilikhinsky plant. In 1973, on the occasion of the 250th anniversary of Perm, he was voiced, written by a requiem, People's Artist of the USSR, a hero of Socialist Labor, composer D.Kabalevsky.

The main attraction of the diorama is the painting (canvas length 25 m, height 6 m, the width of the subject plan in the center of 5 m). It is made by artists of the Order of the Red Star Studio of Military Artists - folk artist E.Danilevsky and M.Ananyev.