Karl Fedorovich Moderakh is one of the governors of the Perm province of the late XVIII - early XIX century. He was a man of brilliant mind, with excellent knowledge of construction and engineering. Confirmation of this is his work in St. Petersburg, where Karl Moderakh was sent at the end of 1770. There, according to his design and under his supervision, the banks of the Fontanka were laid with granite, the Ekaterininsky and Nikolsky canals were dug, bridges were built. The Petersburg road, the famous fountains in St. Petersburg, as well as the Tsarskoye Selo Palace and the large St. Petersburg Theater - all this is the work of Moderakh. 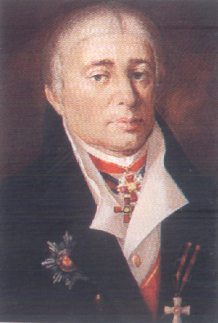 First of all, Karl Fedorovich personally walked all the streets of Perm and came to the conclusion that the roads here are "very bad." He was engaged in their arrangement, and according to contemporaries soon "he brought the roads of the Perm province to such perfection that they were surprised by foreigners who saw the highways of France and England." It was especially surprising that he did this without cost to the treasury and without burdening the townsfolk, thanks only to his German prudence. The city of Perm was planned by him with straight, parallel streets and quarters so that all development during the 19th century was carried out according to the strict plan of Moderakh.

Karl Fedorovich perfectly understood the profitability of trade development for the city: it was raising capital, increasing commodity circulation. In 1802 a stone Gostiny Dvor was built. It was located on the site of the current Theatre Square, near the Opera and Ballet Theatre, and had a very convenient location. Transport highways crossed there and goods were delivered at no particular cost. In Perm at that time there was a shortage of artisans, and so Moderakh ordered to bring here people exiles for minor crimes.

Under Karl Fedorovich, the Kama coast was lined with rubble stone for two quarters; a ditch was dug in the southern part of the city at a distance of 800 fathoms and a rampart was poured in order to divert snow water into the Egoshikha River.

In addition, Moderakh reduced office work and eliminated abuse in public places. The administration of duties was arranged so that the inhabitants of the province were in profit, and the government did not know the arrears. He contributed to the development of education in the region. Under him, the construction of the stone building of the Perm National School was completed, a gymnasium was established, which he personally supplied with a library, physical instruments and a mineralogical room.

Alexander Stepanovich Popov was an outstanding physicist and a talented scientist. He studied at the Perm Seminary, during when he decided that he would devote himself to science. Subsequently, he became famous as the inventor of radio, the central street of the city is named after him, and a monument was erected next to the place where he lived. The list of inventions of Alexander Stepanovich Popov includes not only a telegraphy system without wires and a radio communication system, but also the first device for recording electromagnetic radiation of atmospheric origin - a light-emitter (July 1895); the first detector radio with receiving telegraph signals by ear (September 1899); first crystalline point diode (June 1900); first radiotelephone system (December 1903). 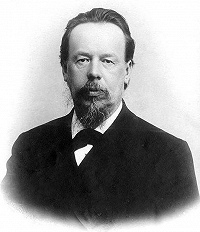 Sergei Pavlovich Diaghilev is an art and theater figure, entrepreneur, organizer of exhibitions of artists, the "Russian Seasons" and the Russian Diaghilev Ballet troupe in Paris. He was born in Perm. A “European philanthropist”, as Diaghilev called himself, who cut through Russia a “cultural window to Europe” at the beginning of the last century, giving the world an understanding of the global, enduring value of Russian culture, deserves that at the beginning of the present century Russian culture should raise its banner under the motto "CENTURY OF DIAGILEV". 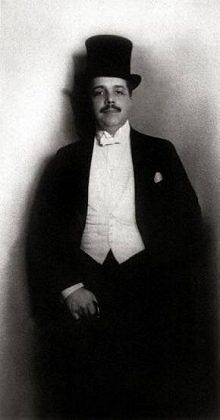