The International Diaghilev Festival aims to maintain and develop the traditions established by the outstanding impresario and promoter of Russian culture, Sergei Pavlovich Diaghilev.

It is no coincidence that it was the Perm Tchaikovsky Opera and Ballet Theatre that was the initiator of the first Diaghilev Festival in Russia.

Perm is the city where Sergei Diaghilev spent his childhood and is the only place in the world with a ‘house-museum’ for the legendary impresario. The building of the Perm Opera Theatre was erected thanks to Diaghilev’s significant financial contribution.

What’s great about the Perm festival is not only the place it is held, but its multi-genre nature. Sergei Diaghilev’s own diverse work, which includes opera and ballet theatre, music, fine art and published material, is the basis of the festival’s structure and manifests as many different artistic events.

The festival’s concept – “a reflection of Sergei Diaghilev’s ‘Russian Seasons’ in the mirror of time.” (Vedomosti) – is primarily the meeting of unique modern projects from various types of art, and the art of first third of the twentieth century, the era that S. P. Diaghilev’s creative works belong to.

The founders of the festival are the Ministry of Culture for the Perm Region and the Perm Opera and Ballet Theatre.

A consistent partner of the festival is the Department of Culture and Youth Policy of the Perm City Administration.

Nicholas Payne, president of the association 'Opera Europa', which the Perm Opera and Ballet Theatre is a member of, counted the International Festival ‘Diaghilev’s Seasons’ as one of the iconic cultural events of Europe in his speech at the opening of the traditional conference in Monte Carlo in 2005. 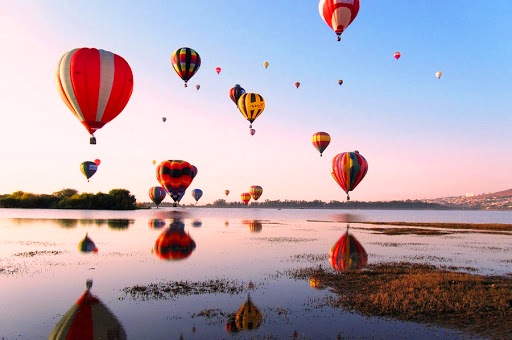 The hot air balloon festival ‘Sky Fair’ attracts more than fifty thousand spectators to Kungur every year. Around half of these are tourists from other regions of Russia and the rest of the world.

The international festival of ballooning, ‘Sky Fair’, is one of the most beautiful and memorable cultural-sports celebrations in not only the Perm Region and Volga Federal District, but the whole of Russia. The sight of bright balloons floating in the air will delight anyone who sees it.

All flights made as part of the tournament take place early in the morning or late in the evening – the quietest times of the day.