Students’ extracurricular and co-curricular opportunities are unlimited.Every year students participate in research events, local and international conferences, business-decision contests held by the world’s leading companies, arts student festivals, and sports competitions.  The Office of Student Life of the Faculty run a university newspaper and take part in Welcome Day and other important events. The Faculty of Management has a Discussion Club and a Case Club. 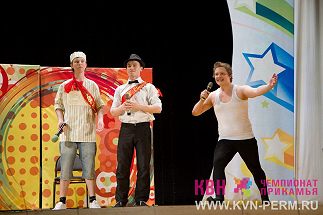 Our KVN team “The first to be expelled” (the name was no accident, and those related to HSE- Perm will understand why) took part in the Permskiy Krai Festival “League START 2011-2012”.
The team made their debut in October 2011 at the Championships “Prikamye’s KVN” where they reached the quarter finals.
On November 24, 2011, our team reached the semi-finals of the League «Start», having a big head start over the other participants.  Then they were second among the teams of Permskiy Krai universities.
In 2012, Moscow saw the team take the second place and win the Cup for the Best Joke in the KVN games “Green Cup of HSE KVN” held among HSE branches.
In March, 2012, the team “The first to be expelled” showed their creativity in the finals in Perm’. After they participated in the League “Start” finals, the team got a chance to take part in the 1st League of the Championships “Prikamye’s KVN” in November, 2012.
The KVN team “The First to be Expelled”regularly competes with other KVN teams from Permsky Krai universities and conducts regular trainings in creating scenarios for KVN games, throughout the year.

For reference:
KVN   (Russian: КВН, an abbreviation of Клуб Весёлых и Находчивых,  Klub Vesyólykh i Nakhódchivykh  or  Ka-Ve-En, "Club of the Funny and Inventive") is a Russian humor TV show and competition where teams (usually college students) compete by giving funny answers to questions and showing prepared sketches. KVN is a task-based team competition in front of a live audience and judged by a panel of judges. 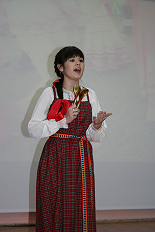 The Vocal Studio was created in 2004. Tatyana G. Louzgina, the Deputy Dean for extracurricular activities is Artistic Director of the Studio. The ensemble takes part in city, Krai, and university events.

The repertoire includes various musical pieces: folk songs, classical and modern romance, arias from operettas, jazz, and popular music. The ensemble performs musical pieces to the accompaniment of the piano, the guitar or soundtracks, gives solo and ensemble performances.
Classes are held on Mondays and Thursdays at 15-00, Room 406. 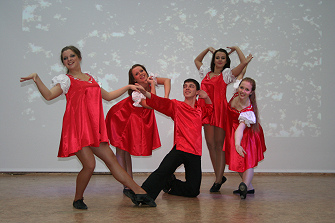 It has been operating since 2007.
It provides classes in the following dance styles:
Directors: Ilya Belousov and Daria Belousova
Creativity of the dance studio is manifested in all aspects of its activities – from staging dances, making up costumes to choosing music. The studio participates in various city, regional and university events.

A great number of clubs gives HSE – Perm students opportunities to show their abilities in sports. You can pick the following active sport clubs to your liking: Volleyball 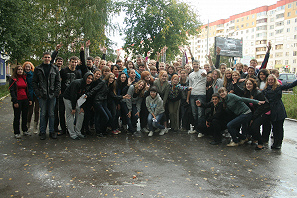 The Student Council (SC) functions as the student government in the dormitory. It represents and defends the interests of HSE – Perm students. Also, it helps realize their creative and organizational potential. Additionally, it organizes and holds sporting and entertainment events, as well as housekeeping events in the dorm.

Meetings of the SC are held every last Wednesday of a month, in Room 102 of the dormitory (34, Uinskaya st.). 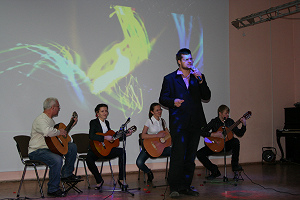 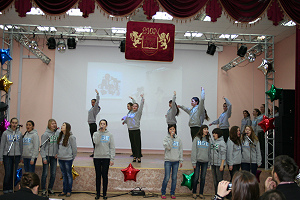